What Are Channel Letters?

Individually crafted using both metal or plastic, channel letters are a type of three-dimensional signage. Because they are lit, channel letters are visible during the day and even more so at night. Each letter is illuminated from within. Because of their bold, attention-grabbing look, you see channel letters on the facades of numerous buildings. Restaurants, bars, gyms, retail stores, and many other businesses all use them. Though they are usually used outdoors, more and more companies are purchasing them for indoor usage as well.

If you’re wondering why they’re called “channel” letters, it’s because each individual letter has a channel that runs through it. The LED light strip is placed inside the channel.

Get a Quote Today

Why Get Channel Letters?

To advertise your business, of course! But there’s more. Not only are channel letters eye-grabbing, they also offer a chance to demonstrate your company’s aesthetics and values. What kind of sign you choose will inform customers’ understanding of your business.

What Kinds of Channel Letters Are There?

When it comes to channel letters, they are usually grouped into front lit, or standard, and reverse lit, or "halo lit." For standard ones, the letters are illuminated, but for halo lit, the letters are back lit. There is a third option, called "dual lit" that combines both

FRONT LIT channel letters have LED strips placed inside them, which light up each letter’s face. The letter’s face is made from a translucent material, often aluminum or acrylic. However, other materials can be used to craft a different kind of lighting effect.

To the right is an example of front lit channel letters.

Next are REVERSE LIT letters, which are typically made from aluminum. Because they are back lit, a halo-like glow surrounds each letter, hence their other name.

To the left is an example of reverse lit channel letters.

Lastly there is DUAL LIT, a combination of the two. These channel letters are both front and back lit.

To the right is an example of dual lit channel letters.

Notably, channel letters are not just limited to the alphabet. Your sign can include numerals, symbols and logos, should you so choose.

Why Choose Channel Letters Over Other Types of Signage? 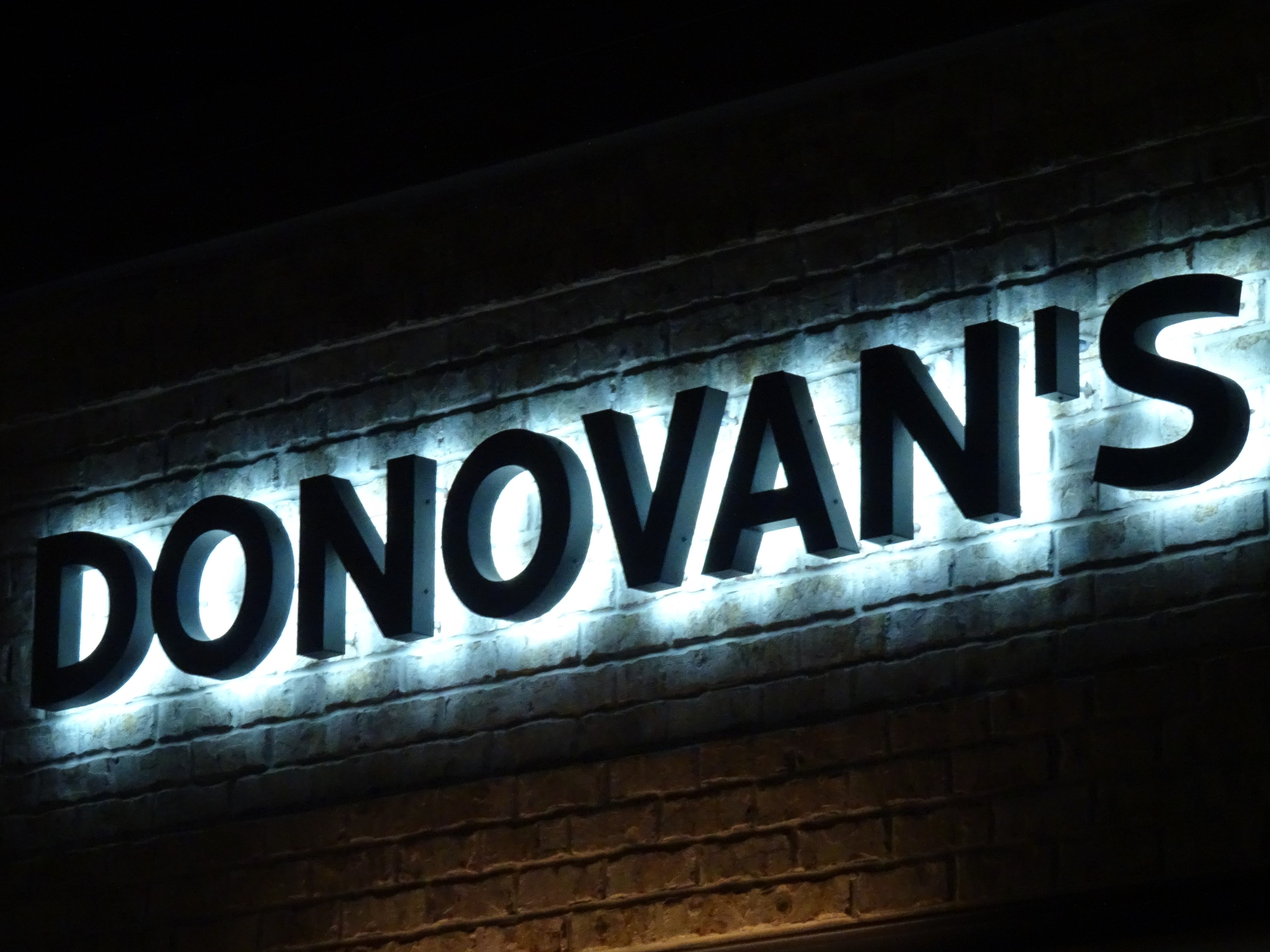 How Long Do Channel Letters Last?

One thing that people often want to know is how long their illuminated channel letters will last. Assuming you keep yours maintained, the LED lights will last from around 30,000 to 50,000 hours if they are of decent quality. Now if you only keep your channel lights on for about half the day, they should last just under 10 years or so. The good news is that replacing bulbs is easy. 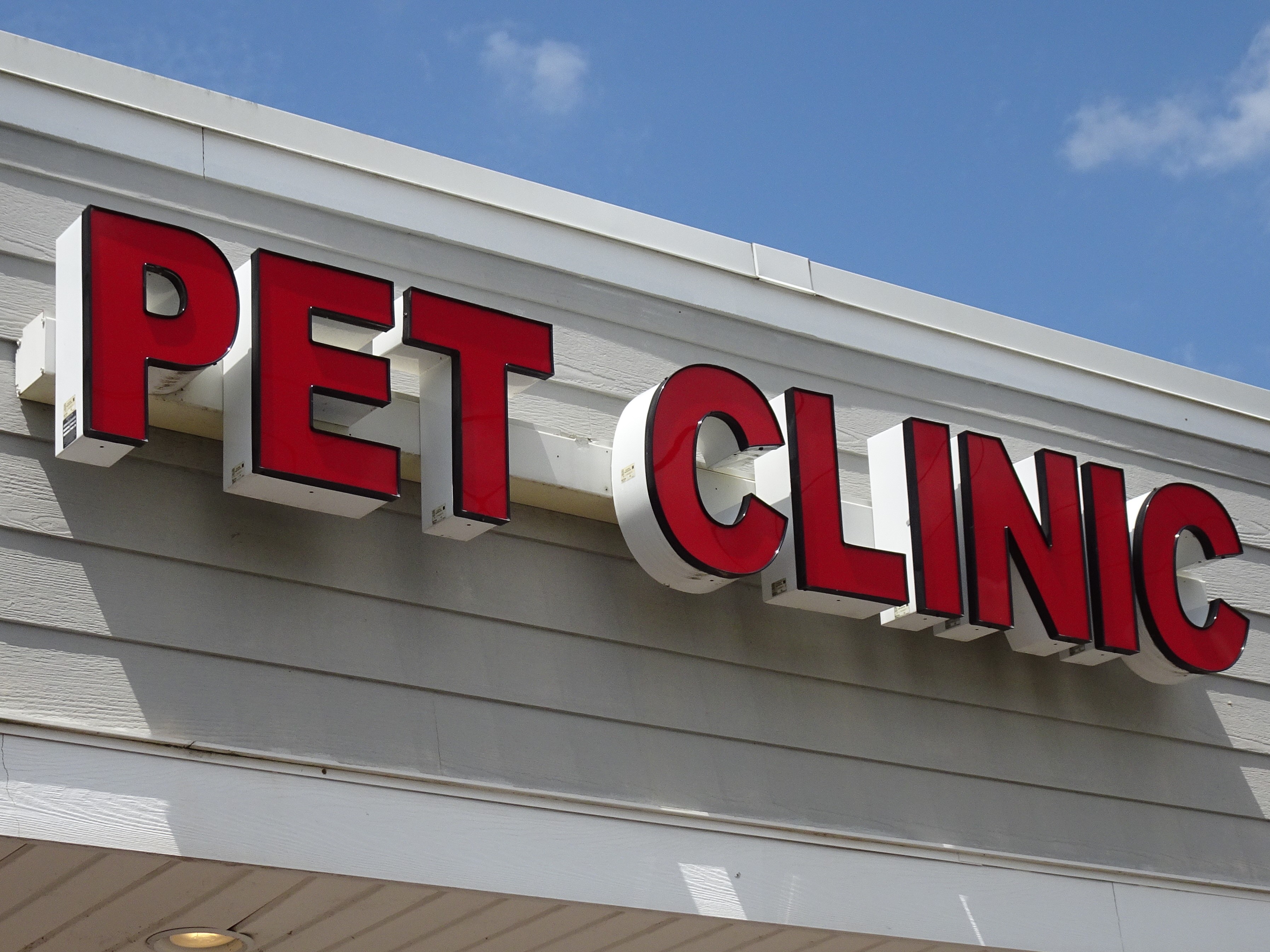 What Size Should Your Channel Letters Be? 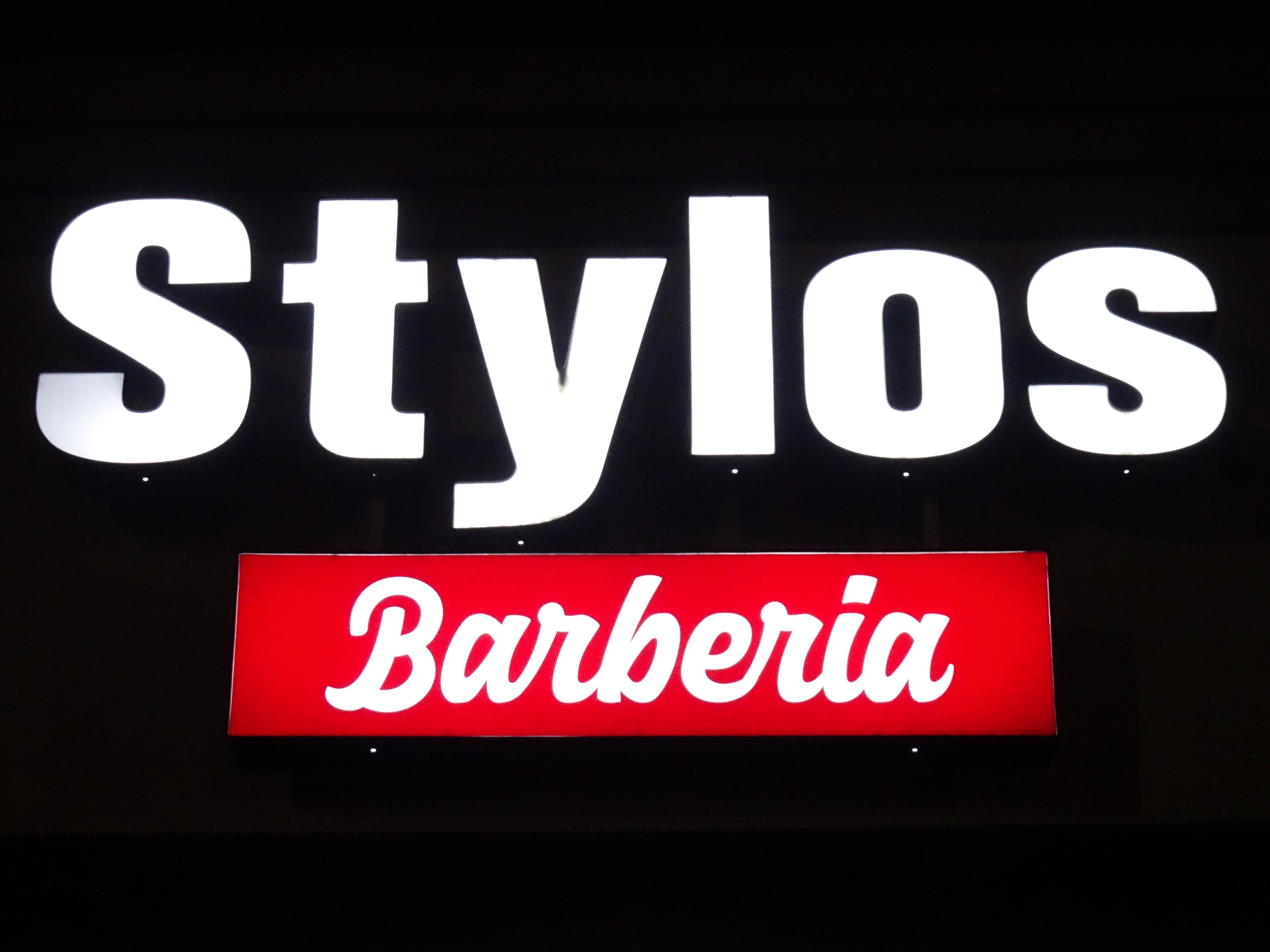 For channel letters the minimum size is eight inches tall. Why eight inches? Because anything smaller won’t be able to fit LED lights inside it, which you need to illuminate the letters. If the sign you’re looking for is smaller than eight inches, we recommend you choose something else, such as non-lit metal or plastic dimensional letters.

But you don’t want small ones, you want big channel letters for maximum impact. You want to catch the eyes of people walking by, on the other side of the street, and more. The further your sign’s reach, the more people see it, increasing your chances of new business.

So how big then? Ideally, you want your channel letters to be between 18 to 36 inches for your store front. It’s worth noting that as channel letters increase in size, they require a stronger acrylic plastic to withstand weather conditions. Bigger signs will also require additional LEDs and other materials, so they may be more expensive. However, once your letters are up, they are easy to maintain and quickly pay for themselves as they draw more business to your doors.

How Much Do Channel Letters Cost?

The cost of channel letters varies depending on what kind of channel letters you want.. Below you will see how different kinds of lighting (non lit, front lit, reverse lit, front & reverse lit) and mounting options (flush, raceway, wireway) alter the final price. We've provided a 14" tall, 10-letter, single-color example to give you a basic understanding of how prices change due to differences in lighting and/or mounting options. If you're considering a sign with more or less than 10 letters, take the price of the option you like most and divide it by 10. That should give you an idea of how much each letter costs individually. Notably, multiple colors, additional letters & letter size will all affect the price as well as the inclusion of graphics and/or logos.

Flush Mounted: Options 1-4 are mounted directly onto a wall.

Raceway: Options 5 & 6 differ because they are mounted with a raceway, a box that contains the wiring and which the letters are attached to.

Wireway: Options 7-9 differ because they are mounted via a wireway, which is shallower than a raceway and encompasses the entirety of the letters.

Are Channel Letters Used for Indoors or Outdoors? 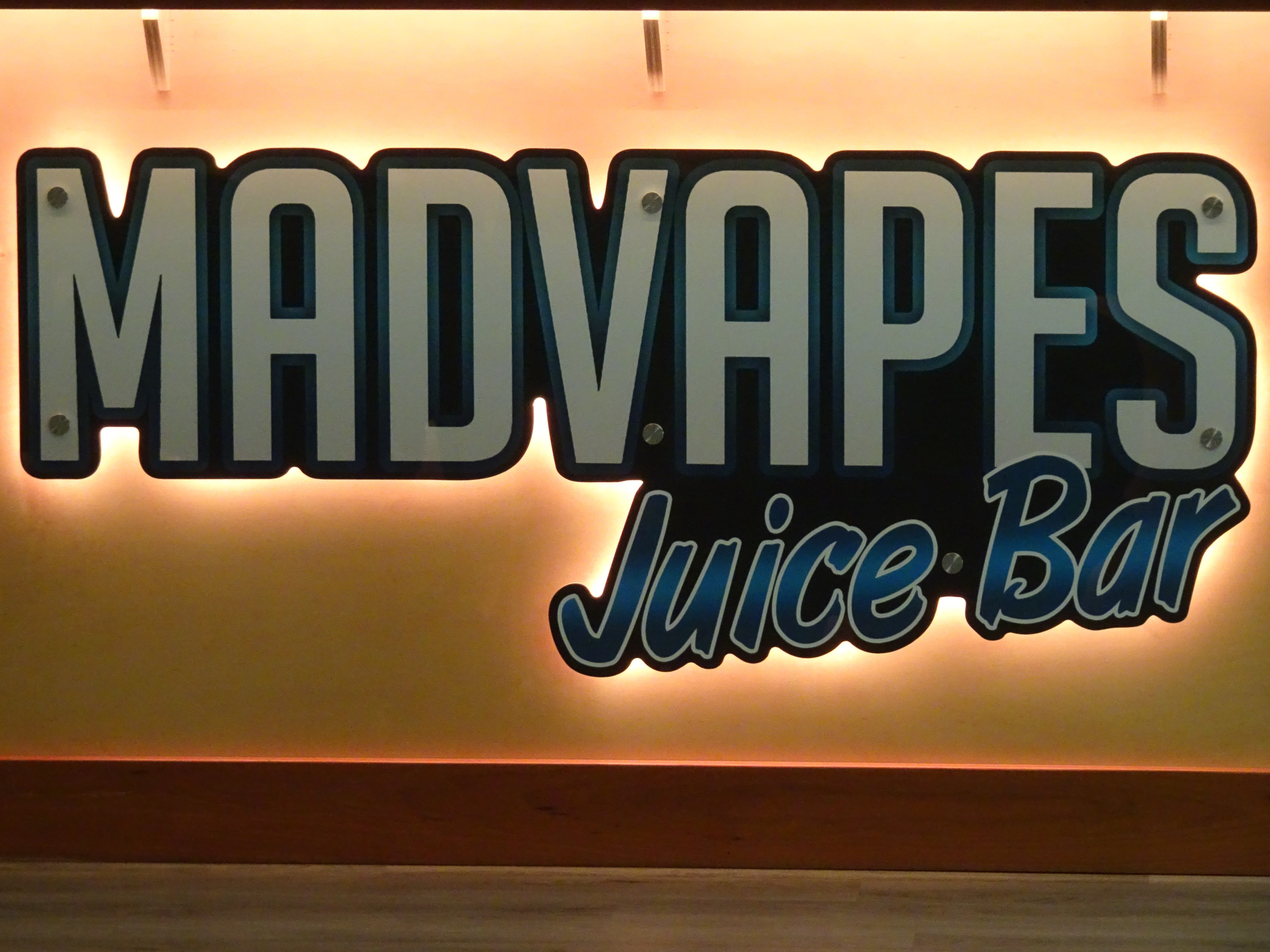 Channel Letters are certainly more commonly used for outdoor signage; however, more and more companies are using them to decorate their interiors. Whether placed in a lobby or a mall, channel letters look just as great inside as they do outside. Their presence strengthens your branding and company style.

Can You Get Logos Or Numbers As Channel Letters?

You can absolutely get numbers and logos as channel letters. Also, you can get what is called a "CLOUD SIGN," also called a custom-shaped lighted sign. The image on the right is an example of such a sign. These signal piece signs are cut out or formed to your liking, providing you with a unique sign that perfectly conforms to your logo. A cloud sign can be a single element of your company's sign or the whole thing. 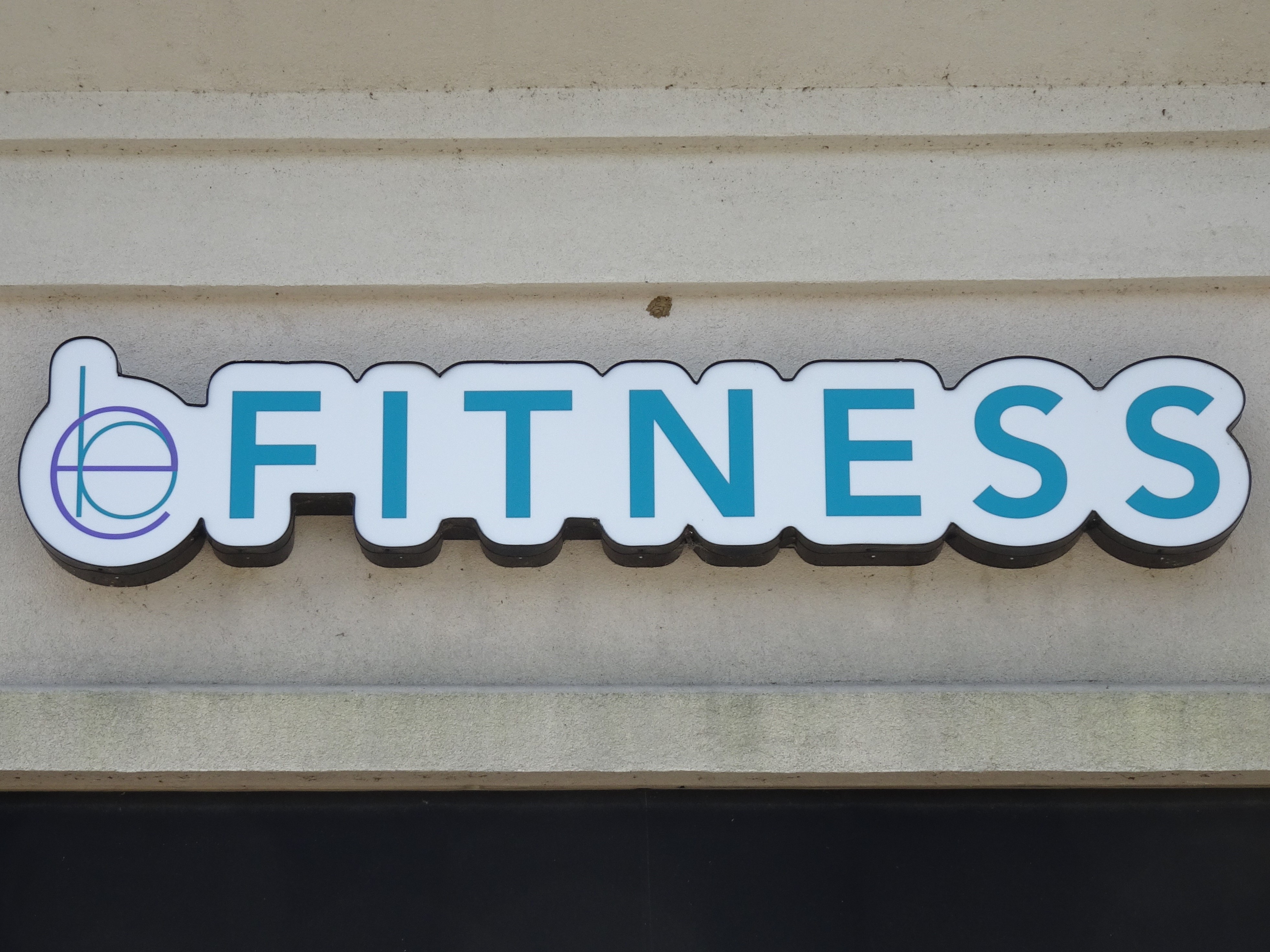 How Are Channel Letters Made? 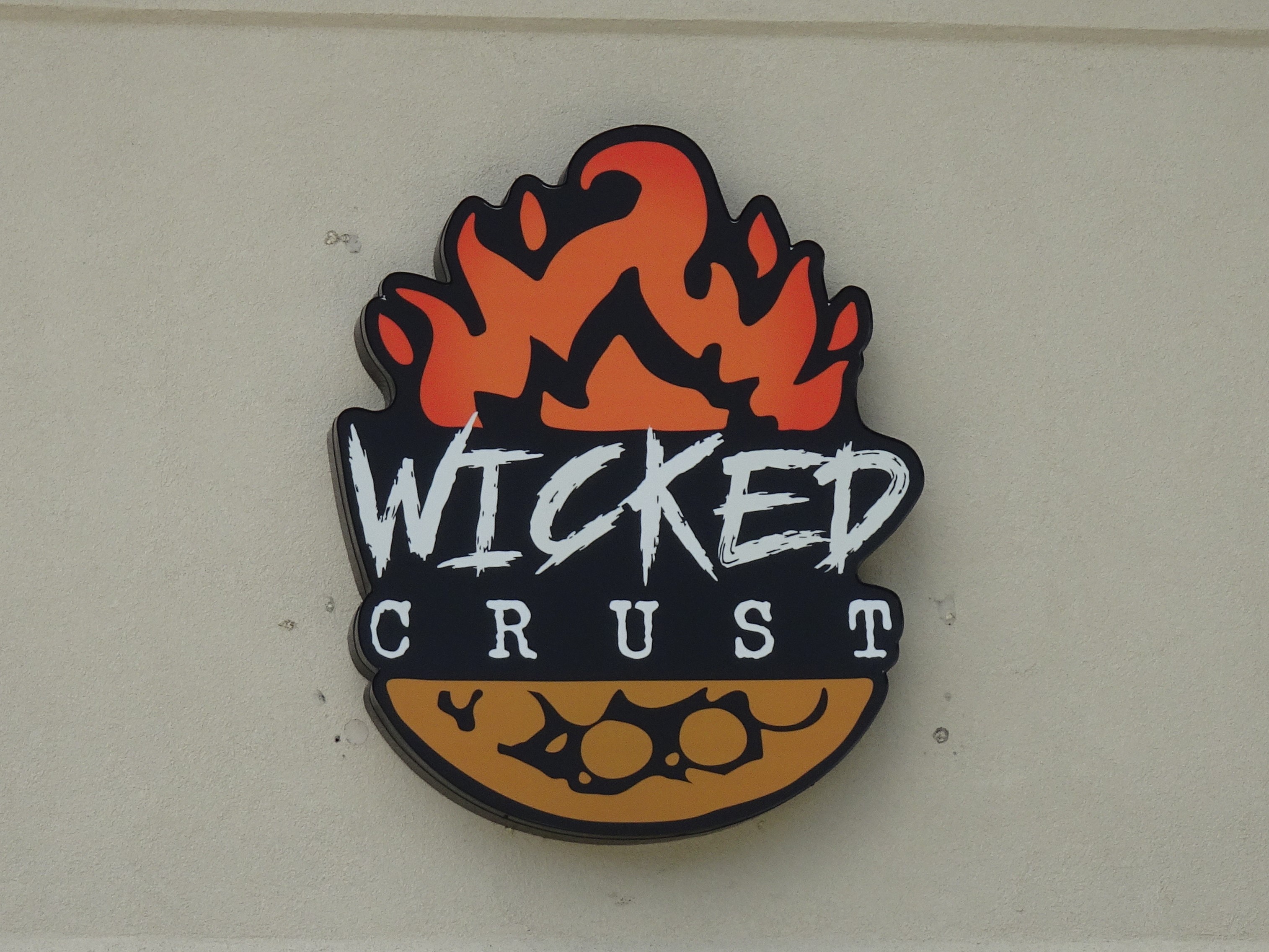 Now onto the making of the letters. First a computerized router cuts a letter out from a sheet of metal or plastic. The letter’s font size and style are determined by the customer. Next, the trim cap is made, which wraps around the letter and allows for the back letter enclosure, also called the letter can, to be attached. Once the letter can is attached, LED strip lights are put inside the channel of the letter. After that, the channel letter is ready for use.

It’s worth noting that some colors are better for illumination than others, shades of white being best. Though acrylic is commonly used, vinyl can also be used for colors that cannot be found in acrylic. Colors are not the only variable for channel letters for there are different levels of thickness of the letter backing. How thick it is depends on the customer’s desires.

How Are Channel Letters Installed?

There are several options for installation. First there is direct mounting, also called flush mounting. This version has the letters directly mounted to the wall without any boards visible for the power supply. Each letter is mounted individually on the wall. All the electrical wiring will be put behind the wall, thus giving a sleek, clean look. 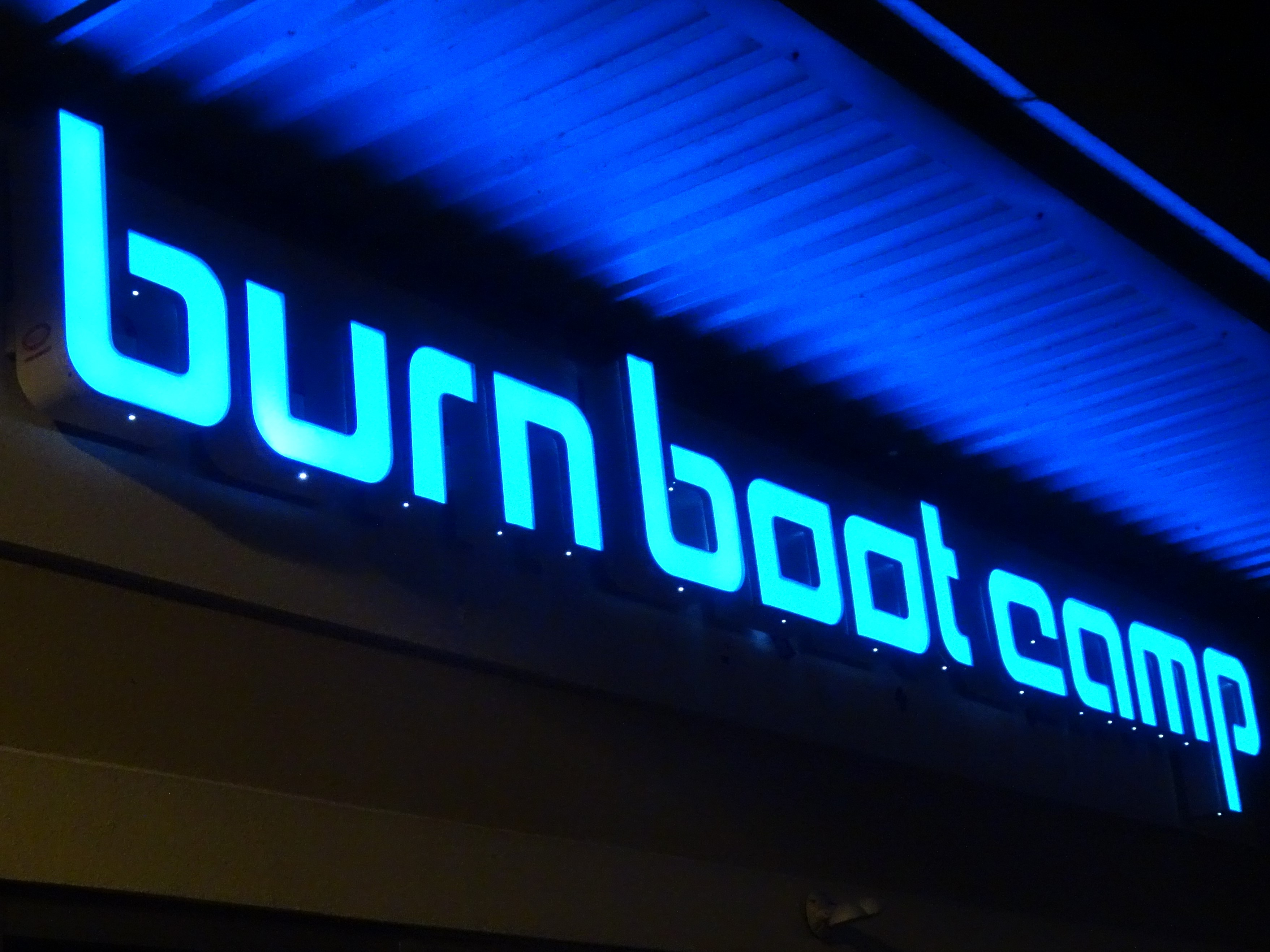 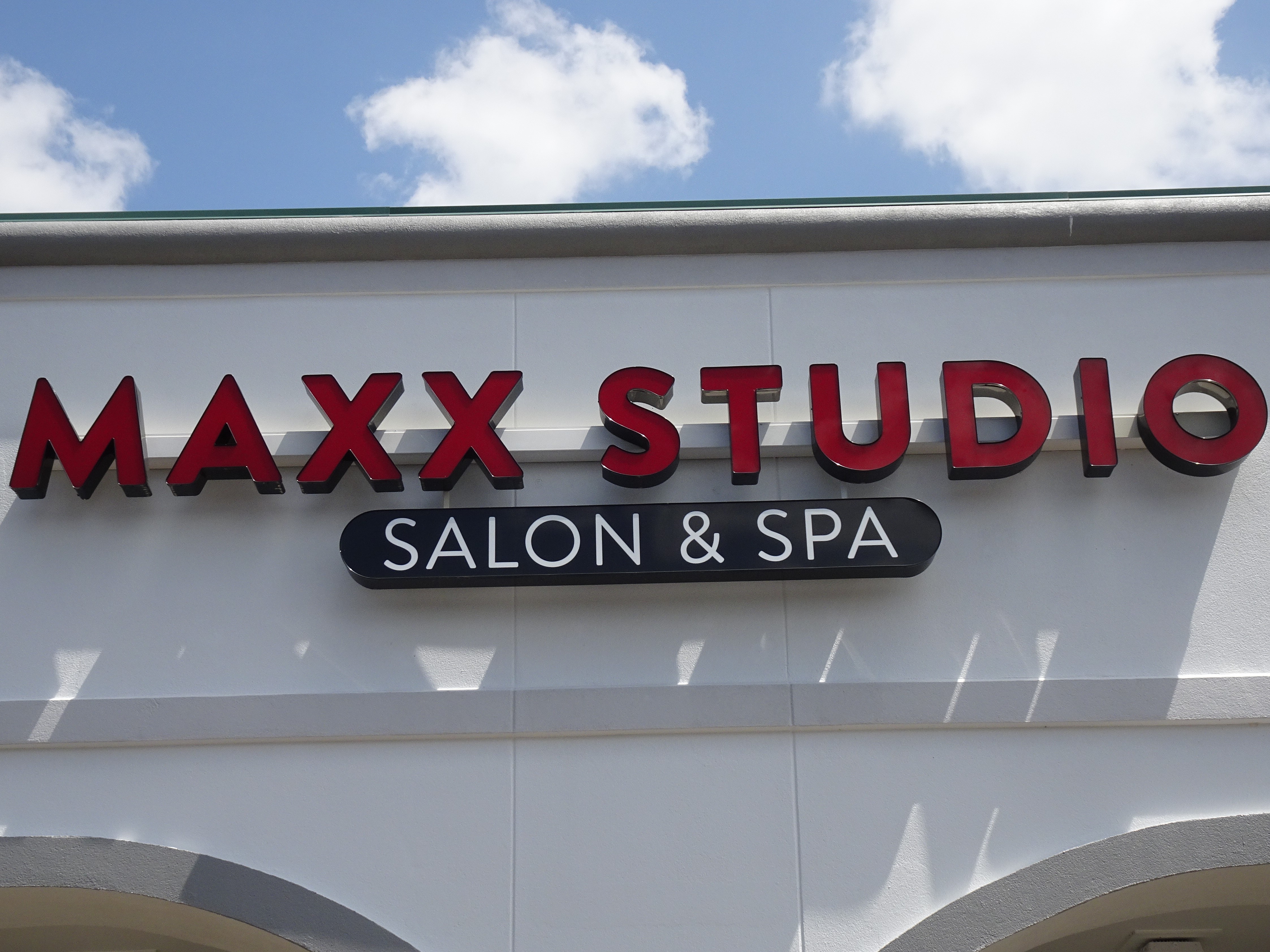 Next is raceway mounting. In this version the channel letters are mounted on a “raceway,” which is then mounted on a wall. The raceway is a rectangular structure that contains the power supply and related materials.

Finally there is wireway mounting, also called backer mounting. This is very similar to raceway mounting except the box the letters are mounted onto is shallower and it encompasses the entirety of the letters. 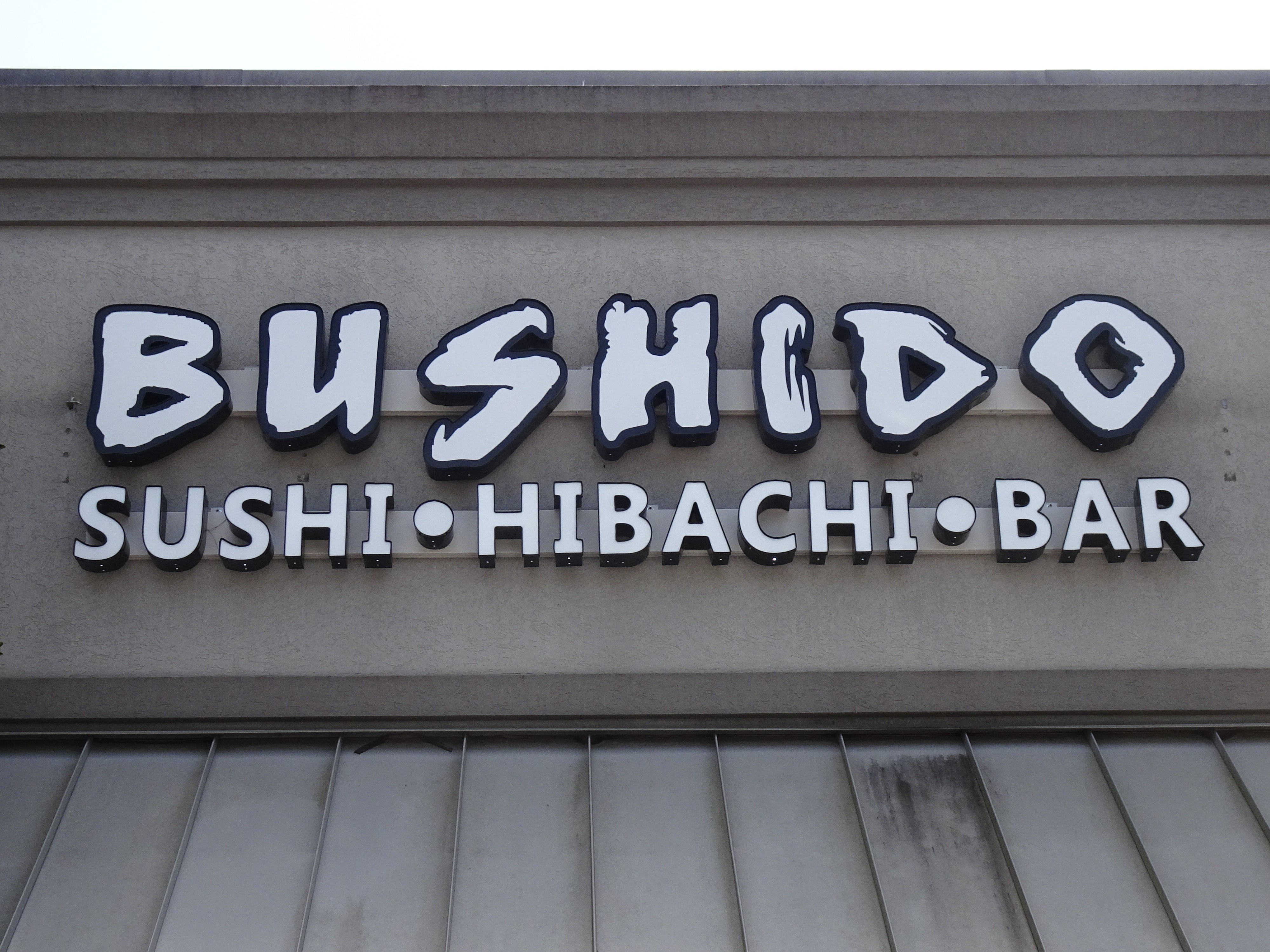 Simply put, the size of the box which the channel letters are mounted to. The raceway is a thinner, narrower strip whereas the wireway is a backboard that encompasses the entirety of the letters.

In both raceway and wireway mounting, you won’t need to drill as many holes in the wall because the wiring will be concentrated in a smaller space. Not only does this save you time but also reduces damage to your building.

Notably, raceway signs are not as complicated as direct or wireway ones. Why? Enclosing the wiring inside the wall of a direct mounted sign or the shallow back panel of a wireway mounted one will take more time and effort.

When it comes to maintenance, the raceway offers the least hassle due to the easy accessibility of its wiring in the raceway box. A wireway mounted sign may need to be taken down for maintenance.

To some, raceway mounting may not seem as aesthetically pleasing because of the narrow box behind the letters, whereas wireway mounting has a fuller, more complete look with the box frame the letters.

Get a Quote Today